Elevate your game with a new programmatic bid strategy 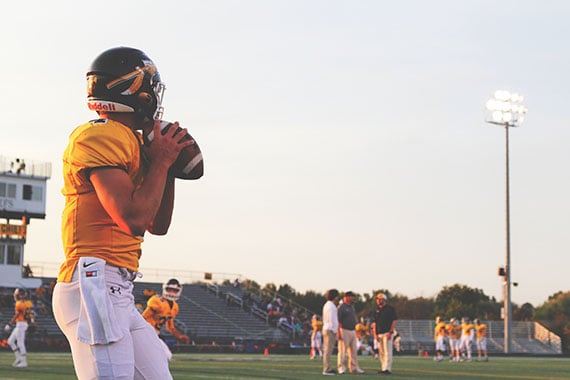 The 2019 NFL season officially kicked off last week. Love it or hate it, football is bound to find its way to a water cooler conversation near you between now and February.

As marketers, we often hear parallels drawn between marketing and sports — the value of having all players working from the same playbook, the idea of being game ready no matter the conditions — but today I’m thinking about the NFL draft.

Over the last few weeks, teams have made trades left and right that will affect their placement in the 2020 NFL Draft, eight long months away. Why? Because when management considers both their teams' short and long-term performance, they have to prioritize making the right investment in the right prospects.

At the end of the day, whether considering salary, contract terms or salary caps (budget season anyone?), management's ability to identify the right prospects and invest the right amount in each one has a significant impact on how they will perform in each one of their sixteen games once the season kicks off.

Digital media spend is on the rise as marketers continue to invest their campaign dollars in digital efforts. By the end of this year, worldwide digital ad spending will rise by 17.6% to $333.25 billion.

With this rise, media buyers are becoming smarter in their ability to identify better inventory through qualifiers such as view-ability scoring, fraud monitoring and brand safety alerts. In exchange, media costs exemplify a premium given the perceived value or quality, which buyers will pay.

Similarly, we shouldn't treat the audiences leveraged for these strategies any differently.

Think of your digital audience as the prospects you’re considering for the 2020 draft. As a coach, you could invest all of your trades and money in only first-round picks, but that would be an extraordinarily expensive endeavor.

Now, take the same approach to your bid strategy on custom-made segments. As marketers, we shouldn’t invest the same amount in every audience, nor should we be limiting our selection to only one publisher. Our highest CPM bids should be tailored to our best prospects, and our bids on subsequent rounds or segments should be adjusted accordingly.

By leveraging our best-in-class data accuracy and intelligence, marketers can not only leverage tailor-made custom audiences, you can further identify and customize your audience by breaking them out into tranches based on their perceived likelihood to perform an act.

Let’s take a three-tranche approach, for example. In this scenario, I’m using “good/better/best” to designate the quality of each audience segment:

Now a buyer can set bid amounts accordingly and pair the value of the customer to the level of spend to acquire them.

See it in action

We recently tested this concept with a size-able non-profit client who was looking to increase their investment in digital donor acquisition. Together, we developed a test design that determined the audience model size and divided the model into three segments ranking them as good/better/best, and with it, a bid strategy.

We saw that our increased investment in the "best" audience yielded the most conversions and highest average donation value with the “better” and “good” audiences falling in line behind.

The "good, better, best" approach allows you to work with buyers on a programmatic approach designed to maximize investment in top prospects while minimizing risk on lower-valued audiences.

This approach allows buyers to adjust from paying the same amount for every player to only paying top dollar in the first round. Yes I know, Brady was a sixth round draft pick in 2000. However, what about Peyton Manning, Aaron Rodgers, Larry Fitzgerald, Barry Sanders and Jerry Rice who were all first-round draft picks?

The point is, no system is perfect, but programmatic advertising removes much of the guesswork and added costs of digital performance and investment since the analysis is performed in the model, allowing bid levels to be determined more strategically and effectively.

Get started on your game plan today.

Forrester: Too many identity programs can’t tie marketing performance back to business objectives

How beauty brands can bridge their customer data gap

Our sites are in transition, as we combine the capabilities and offerings of Epsilon and its Conversant platform into one powerhouse.