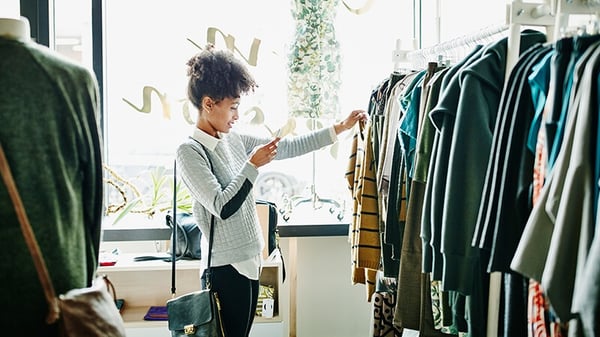 As retailers start preparing for 2018's holiday season, it’s always a good idea to inform campaign decisions based on what’s happening in the rest of the industry. Epsilon's Q4 2017 email trends and benchmarks report helps; with quarterly aggregated data from over 20 billion emails sent by Epsilon clients in North America, across multiple verticals.

What happened in Q4?

“Email marketing has long been one of the highest revenue-generating channels and continues to be an important channel for the retail industry specifically. The last quarter of the year is always an important time for retailers and the engagement rates we saw in Q4 2017 are a good sign that retailers continue to drive effective and personalized communications to reach consumers in the inbox,” shared Judy Loschen, Senior Vice President, Digital Analytics at Epsilon. “Moving forward, marketers need to think about personalizing every component of the messaging experience to the individual, which will eliminate the waste associated with non-relevant campaigns that customers ignore and improve a brand’s overall Return on Marketing Investment (ROMI).”

The Q4 2017 Business as Usual (BAU) email trends and benchmarks analyzed performance trends by industry and message type. These metrics offer insight into how the average company performed across multiple industry categories. This study was compiled from 18.4 billion emails sent from October to December 2017 across multiple industries and approximately 170 clients. 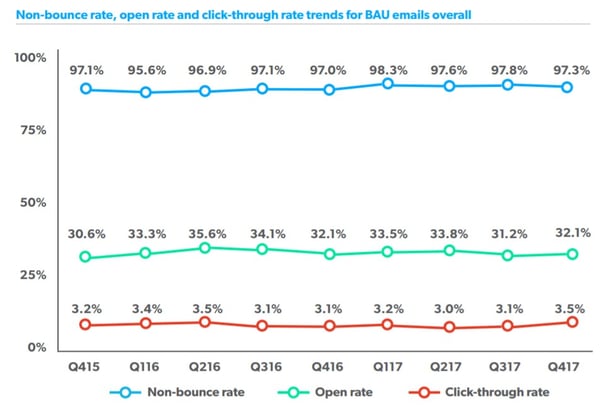 Triggered message benchmarks were analyzed from approximately 3.6 billion triggered emails sent from October 2015 to December 2017, across multiple industries. These messages were sent as the result of a consumer action, such as Welcome, Thank You or Confirmation. These metrics also highlight significant performance differences between triggered and BAU emails. 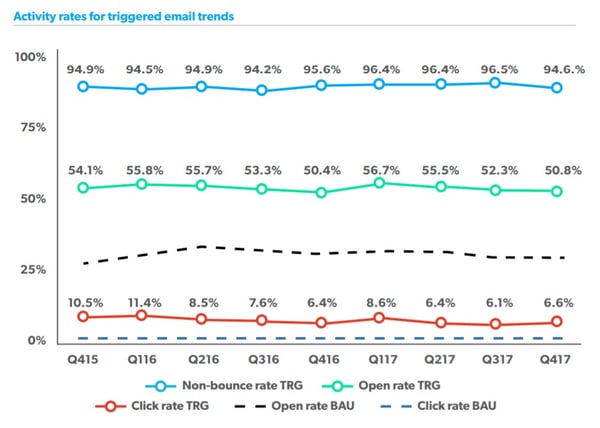 Delivering a truly personal experience for each customer is the best way for brands to stand out in the inbox today. It isn’t just a “nice-to-have” anymore: it is truly an expectation of the consumer. A recent Epsilon study found that 80 percent of consumers are more likely to do business with brands that offer personalized experiences. Take advantage of your high-performing email environment as an opportunity to break into better personalized experiences for your consumers.

2021 is email's time to shine, especially as an outcomes-based channel

2021 Is Email’s Time to Shine, Especially as an Outcomes-Based Channel

Optimizing your RFP: The marketer's guide to choosing the right email provider